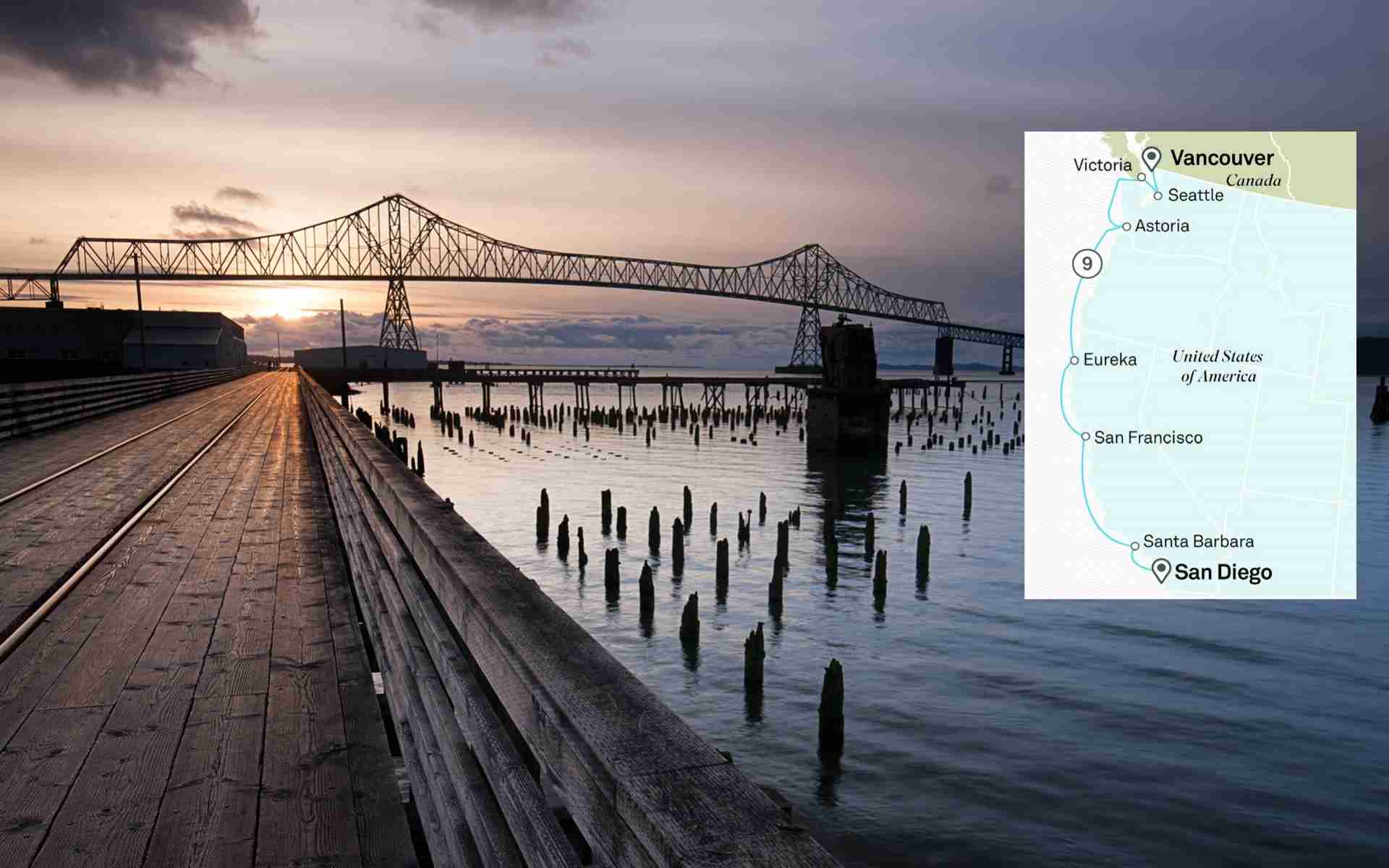 Day 1 - Vancouver, Canada Welcome to Vancouver, framed by the Pacific Ocean and Coast Mountains. A world of wonder awaits as you step on board and raise your glass to toast the start of your luxurious cruise.

Day 2 - Seattle, United States of America Seattle, a city on Puget Sound, is surrounded by water, mountains and evergreen forests, and home to thousands of acres of parkland.

Freechoice Take the opportunity to visit the Boeing Future of Flight Aviation Centre, or set off for the Pike Place Market for a tasting tour. Alternatively, discover the highlights of Seattle on a guided tour.

Day 3 - Victoria, Canada Victoria may be many kilometres from Great Britain, but it has the most British vibe. Between visiting flower gardens and castles and stopping at pubs, one could easily forget about the Pacific Ocean lapping the other side of Vancouver Island. The influence of the First Nations culture is also strong, with totem poles taking a front-and-centre position on the Inner Harbour.

Freechoice Visit the beautiful Butchart Gardens, or join a tour of the local breweries. Alternatively, head out on a whale watching tour.

Day 4 - Astoria, United States of America With Victorian-era homes etched into the hills overlooking the Columbia River, this picturesque settlement (the oldest west of the Rockies) is a port city with Scandinavian flavour.

Freechoice Learn the history of the Maritimes, or take a city tour of Astoria. If you’re feeling active, join a walk along the river or a biking tour.

Day 5 - At Sea Relaxation beckons, and with so many choices on board you will wonder how time passes so quickly.

Day 6 - Eureka Take in this city which is the largest deep water port between San Francisco and Coos Bay. Eureka once played a major role in the historic west coast lumber trade, and is home to hundreds of significant Victorian-era homes, including the nationally recognised Carson Mansion.

Freechoice Get an insight into Victorian craftsmanship at the Blue Ox Millworks Historic Park, or join an oyster tour while in the ‘Oyster Capital of California’.Alternatively, choose a guided hike through Headwaters Forest Reserve.

Day 7 - San Francisco Sitting between the Pacific Ocean and the Sierra Nevada mountains, laid-back San Francisco is ‘The City by the Bay’ and is home to an eclectic mix of cultures and the world-famous Golden Gate Bridge.

Freechoice Visit one of the world’s most notorious prisons, Alcatraz, or choose a wine tour in the Napa Valley, or join a photography tour.

Enrich Step back in time and visit San Francisco during prohibition and surround yourself in the lives and culture of the Roaring 1920’s. Interact with flappers, gangsters, and bootleggers during a ‘choose-your-own-adventure’ immersive theatrical experience full of extravagance and spectacle.

Day 8 - Monterey Freechoice Walk through Old Monterey and taste the local delicacies, or join a kayaking tour of the bay. Alternatively, a guided tour will reveal local highlights.

Day 9 - Santa Barbara ‘Welcome to paradise’ is a fitting expression for those visiting the coastal city of Santa Barbara. Called the American Riviera, Santa Barbara is a place where food, art, history, fashion, wine and sunshine mix to create a delightful and unique experience for all.

Freechoice See the street art on a guided tour, or taste the wine of the local region. If you’re feeling active, choose to join a bike tour.

Day 10 - San Diego Your cruise ends this morning in San Diego as you say farewell to your crew. Disembark after breakfast and transfer to the airport for your flight homeward.